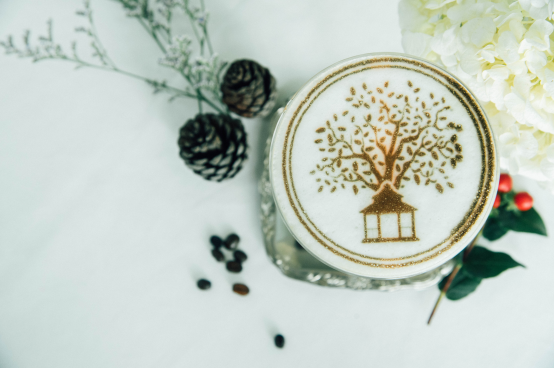 As you enter this captivating vast green garden, you will fall into a state of peace and calm. There is magic within this place as it was once the private residence of William Alfred Rae Wood, the first British Consul in Chiangmai from 1921-1970.

W.A.R. Wood was born on July 1878 in Liverpool, England. In 1896, at the age of 18, he came to stay at the British Embassy in Thailand and studied diplomacy. He was appointed Vice Consul in 1905, and his first posting was to Nan Province. He then fell in love with a beautiful lady who was born in Chiangrai, and whose name was Boon (Punya Jitpreecha). They were married in 1906 and had two children but only one name appears in the records; Amala Rose Wood. Later, in 1913, he was relocated to Chiangmai, where he became the first British Consul here.

In this captivating area of The Consul’s Garden, W.A.R. Wood built three houses for his own use. The first house is currently the Le Coq d’Or Restaurant, the second house is the one behind The Consul’s Garden, and the last one is on the other side of the garden next to an enormous Raintree that was planted by both he and his wife. The tree is now more than 100 years old.

Upon his retirement in 1931, W.A.R Wood spent his life peacefully and happily in this place and wrote a book named “Consul in Paradise, Sixty-eight years in Siam” before he passed away in 1970 at the age of 91. This fascinating book relates to Thailand in the past, and to Mr. Wood’s experiences as British Consul in Chiangmai.

The name of the book he wrote, “Consul in Paradise”, along with the fact that this location was once the private residence of the Consul, have combined to create the name of “The Consul’s Garden”. The current owner is proud to welcome you here and share his personal coffee preferences. Hereby another coffee and tea house in Chiangmai is created to welcome all our honoured guests and to share the taste of coffee, tea, and pastries in the midst of this exquisite garden next to the Ping River. Enjoy “Coffee & Tea in Paradise”!